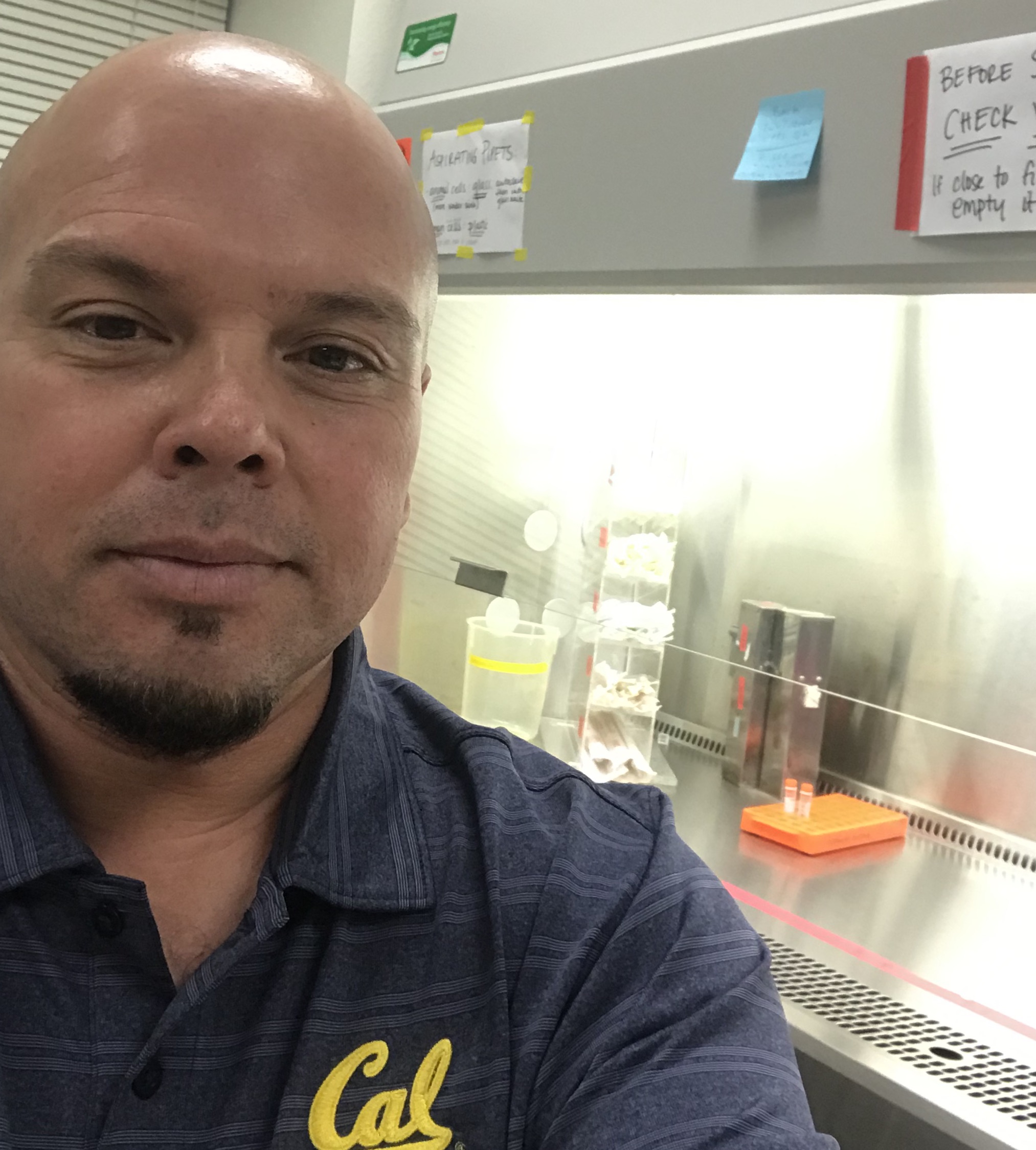 My name is Marvin, an undergraduate research assistant trained in the intellectually conducive laboratories of UC Irvine and UC Berkeley. Working in a dynamic and diverse team environment, I have developed versatility, interpersonal skills, and technical expertise required for successful research. I spent two years working as a volunteer for an oncology study at UC Irvine, and have been involved in skeletal muscle research at UC Berkeley since 2019. Research has been my passion since childhood and by majoring in Molecular & Cell Biology, I am taking steps closer to my dream.

“Life is what you make of it,” the belief that led Marvin to his current status as a student and undergraduate research assistant at UC Berkeley.

Marvin Lee Miller grew up in the poverty-stricken city of Tijuana, Mexico. Despite the challenges that he was born to, Marvin has always had this love for learning. From his elementary to high school, he had been in love with science, be it general science, biology, or physics. But his path to higher education was atypical. He was raised in a household led by a single mother, went to a foster home as a youth, and was incarcerated before he finally got his feet back on track. He had few mentors guiding him in life. But the challenges that he faced pointed him in the right direction, and with the generous help of school counselors, professors, laboratory heads, and other researchers, Marvin can proudly say that he is on his way to achieving his dreams.

Marvin successfully completed four Associate’s degrees and earned a handful of honors and awards from Santa Ana College. These achievements paved his way to UC Berkeley where he is currently pursuing his Bachelor’s degree majoring in Molecular & Cell Biology. His classes strengthen his yearning for knowledge on important topics related to human health and its underlying physiology.

Since 2018, Marvin has worked in research laboratories pursuing an understanding of important biological processes. He was a volunteer researcher at UC Irvine where a team of researchers, including himself, studied gartanin, a compound involved in the progression of prostate cancer. His contribution to this study earned him a place in the paper’s publication. After moving to UC Berkeley, Marvin started working under the guidance of Dr. José Vazquez-Medina. In the lab, Marvin, along with other undergraduate and graduate students, study the effects of aging on the mitochondrial respiration and metabolic flexibility of skeletal muscles by observing GPR81, a lactate receptor in the cell. He is also part of the lab’s publications. His experience in GPR81 research also led to his own publication in the Ronald E. McNair Journal.

Marvin aims to complete a Ph.D. degree related to molecular biology and genetics. By strengthening his research skills and broadening his knowledge, he could be part of the diverse STEM-based researchers fighting against epidemics, common diseases, and other health conditions. Marvin is specifically interested in developing innovative solutions to lifestyle diseases such as obesity, diabetes, and cardiovascular diseases which claim millions of lives every year.

When not in the lab, Marvin enjoys spending time outside and immersing himself in nature. He loves beach sports, hiking, biking, long drives, and sightseeing. He enjoys traveling across the country, visiting friends, and spoiling his outdoorsy self. His favorite state is Hawaii because of the entire ecosystem that mirrors exactly any other city on the mainland but, in this case, is all on a single island. His early life experiences and current disabilities mold his personal advocacies which include racial equality, healthcare accessibility, and mental health awareness.

The adversities that Marvin experienced could have easily discouraged him from dreaming of a better future. But he stood his ground and decided to make something meaningful instead. And that is the life he chose to make for himself!